The Hare family name has a long association with Southport. Grandfather (Bert) Hare was a local identity in the 50’s and 60’s. He conducted a small  electrical business in Nind Street until the late 60’s. Michael’s father RC (Bob) owned holiday accommodation in Labrador until the 90’s.

Michael completed his schooling on the Gold Coast and graduated from university in 1975.

Queensland Optometrist of the year 2002, Michael commenced practice at the 17 Nerang Street Southport location of Brian Job Optical in 1977. In 2010 he became sole owner of this site and the Benowa Gardens practice. In 2019, Michael opened his third practice in Burleigh Waters with Australia’s first EYE MAX Theatre featuring the nation’s first Optos Monaco. Optos Monaco provides an exciting new way to enhance a patient’s clinical exam with ultra-widefield retinal imaging and integrated OCT.

Michael has travelled widely both in Australia and abroad in numerous activities aimed at raising the profile of Optometry. He has lectured, been a clinical supervisor at the School of Optometry, QUT and has published widely in optometric literature. He continues to offer external training placement opportunities for University undergraduate Optometry students.

Michael is a member of the Contact Lens Society of Australia, The National Vision Research Institute, The Australian College of Optometry and Optometry Australia. Member of the Australian Optometric Panel sees him called upon by both the optometry profession and optical industry to provide professional advice and guidance in many optometry related matters. Michael has special interests in low vision care, contact lenses, ocular pathology and clinical photography. He is a previous international ocular photography competition winner. International humanitarian aid missions have seen Michael provide his optometry skills to the people of Western Samoa, Yap in the Federated state of Micronesia, Truk, Pohpei and Kosrae.

A keen runner much of Michael’s little spare time is spent trekking remote Gold Coast hinterland trails. He is the manager and sponsor of the Misfits touch football team now past its 50th season in Gold Coast competition. He’s been married to Maree for over 25 years and has three adult children.

Jonathan McCorriston joined Visions in 2007 on graduating from QUT in 2006.

After a previous working life including retail and manufacturing managerial roles and 7 years as the proprietor of his own business, Jonathan made the decision to return to University with the aim of becoming an optometrist.

Jonathan has a passion for quality eye care. He loves helping his patients understand their vision and look after their eye health. This passion was recognised in August 2010 when he received the Eyecare Plus Professional Recognition Award “for achieving the highest standards of practice”. This included further training at the Essilor University in Paris in multifocal spectacle lens designs and application. We were justly proud of this recognition of Jonathan’s dedication.

Whilst studying optometry Jonathan developed an interest in specialty contact lenses. This includes orthokeratology, the practice of providing a custom designed retainer lens that the patient only wears while they sleep each night. Jonathan pursues excellence in this specialty and has many happy patients enjoying clear vision all day with no glasses on contact lenses in. Jonathan says “I love the look of sheer joy when a patient finds they can see after removing their contact lenses.”

Away from optometry, Jonathan has been the Bass Trombonist and Band Master for the Salvation Army Band at Southport for many years and recently joined the Gold Coast Philharmonic Orchestra. Jonathan and Julie, his wife of 21 years, have three children.

An eye for quality
and value

We proudly supply members of all major health funds, including:

We accept all health funds  – if your health fund is not listed above, contact us today and we will help you redeem your optical health fund benefits. Treat yourself with a new pair of specs with little to nil to pay! 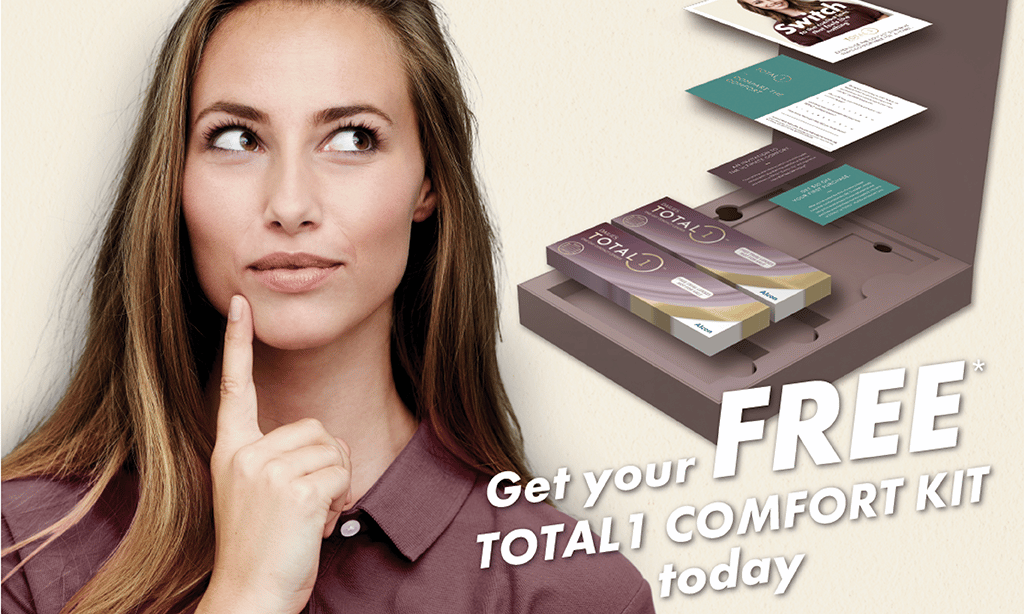 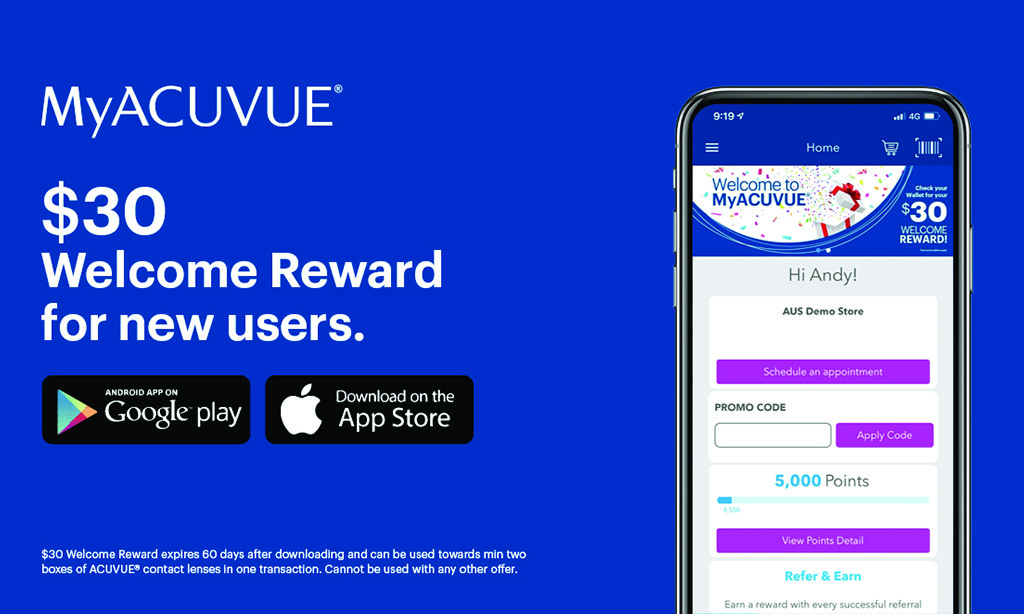 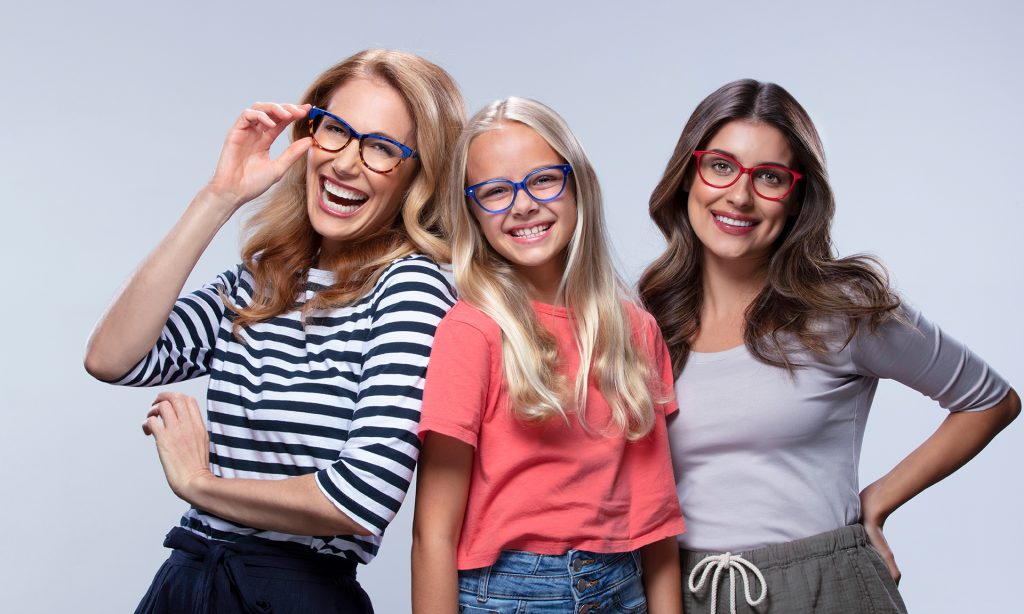 No gap and low gap spectacles – all heath funds welcome! 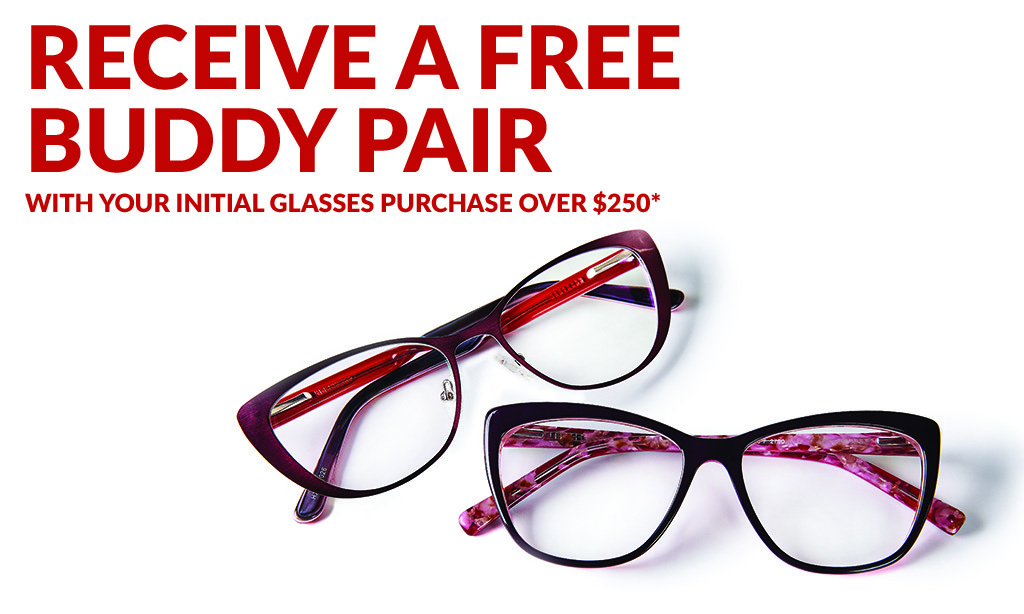 Checkup Plus™ is more than just an eye test. Our optometrists take the time needed to give you a thorough eye examination. Following your Checkup Plus™ we will carefully explain the results and discuss our recommendations regarding any preventative or remedial care required.

Protect your eyes from harmful UVA/UVB rays with our range of prescription polarised or tinted sunglasses.

Colour blindness is almost always inherited, although it can be acquired condition as a result of some diseases or injuries. Colour vision testing is a routine part of the eye examinations of every new patient and child.

Macular Degeneration is a disease associated with aging that gradually destroys central vision. Using the latest technology including retinal scanning and OCT, we are able to take an in depth look into your eyes and assess your eye health.

Improve your sporting performance with our sports vision assessments and range of prescription sports eyewear.

The health of the retina is very dependent on a good blood supply to the eye. Diabetes compromises blood circulation and can cause serious damage to the retina (diabetic retinopathy). Regular eye tests, when diagnosed with Diabetes, will reduce risk of vision loss and blindness.

1 in 5 Australian children have vision problems. We provide specialised eye tests to make sure that any vision problems are detected and any learning difficulties related to vision are corrected.

Glaucoma is a disease where the pressure within the eye is typically increased (although not always). This can damage parts of the eye, and if left untreated may result in blindness. Diagnosis consists of having regular eye tests, which includes a pressure measurement and visual field testing to enable early detection of possible problems.

Keratoconus is a progressive eye disease in which the normally round cornea thins and begins to bulge into a cone-like shape, causing distorted vision. If detected, our optometrists can explain treatments available.

We offer a wide range range of contact lenses. Our optometrists will fit you with the best contact lens for your prescription and individual needs.

Behavioural Optometry is an expanded area of optometric practice that considers your vision in relation to your visual demands, such as reading, computers, and learning to read and write, to ensure your vision is working easily and comfortably. The way that you interpret what you see does not depend solely on how clear just your sight is.

Vision therapy is a series of programmed activities undertaken to improve either poorly developed visual, visual motor or visual perceptual skills, or procedures to further enhance the present visual skills to a higher level of efficiency. During vision therapy, we work on developing sound visual efficiency and visual processing skills, as well as working on integrating vision with other sensory inputs.

Optical Coherance Tomography (OCT) is a device that allows us to take a non-invasive 3D image of your retina and take a closer look at your eyes. This test will help us indentify any signs of eye conditions that need monitoring or further treatment.

Digital Retinal Imaging (DRI) is a scan that provides an image of the internal and anterior eye. DRI can assist the optometrist in managing and detecting changes in the eye associated with macular degeneration, glaucoma, hypertension, cholesterol, diabetes and cancers of the eye.

Myopia, or short-sightedness, is a condition in which near objects are seen more clearly than objects which are far away. Myopia occurs when the eyeball is too long, relative to the focusing power of the cornea and lens of the eye. This causes light rays to focus at a point in front of the retina, rather than directly on its surface.

Credentialed Optometrists are trained occupational vision experts, recognised as having particular skills in providing vision care to critical staff in the aviation industry.

At Eyecare Plus we offer all of the brands you love, Plus, many more brands including: 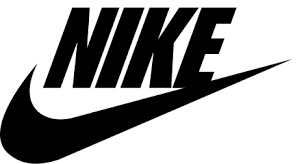 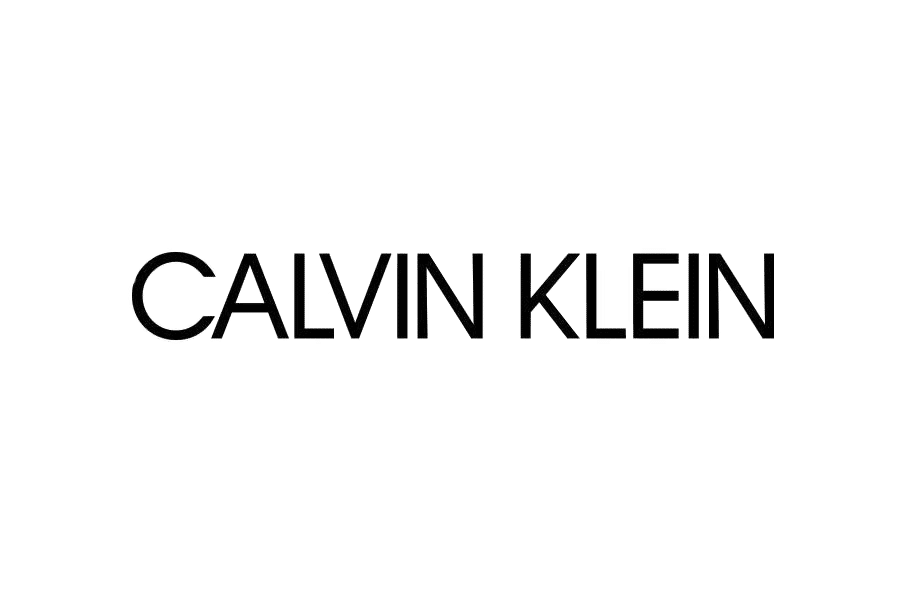 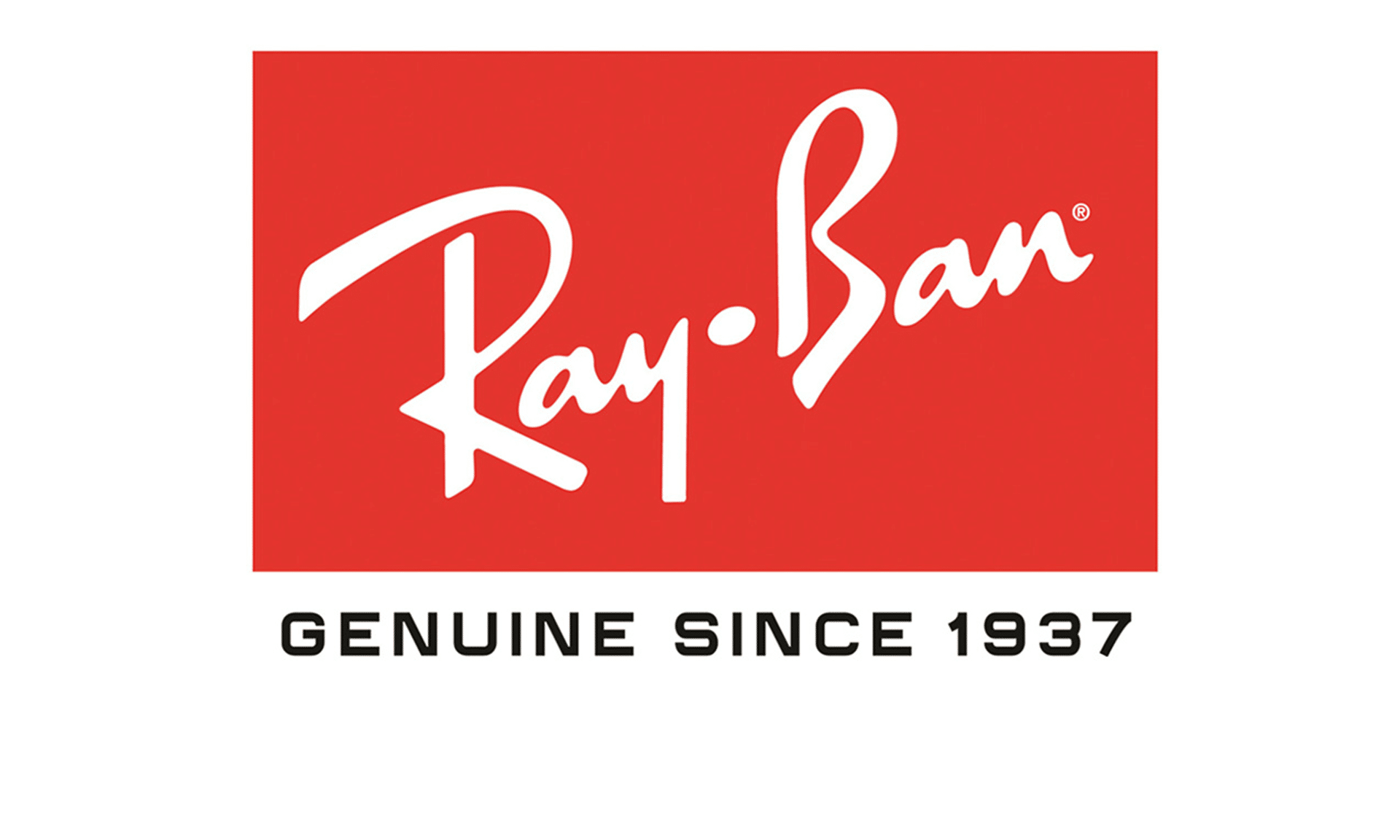 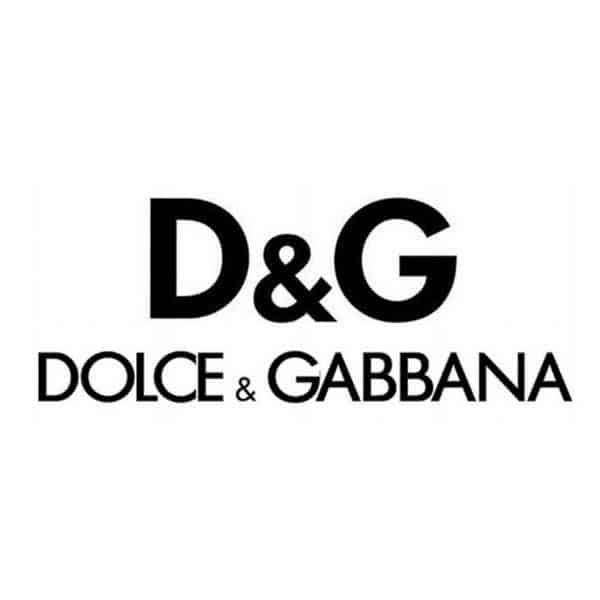 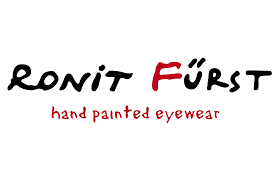 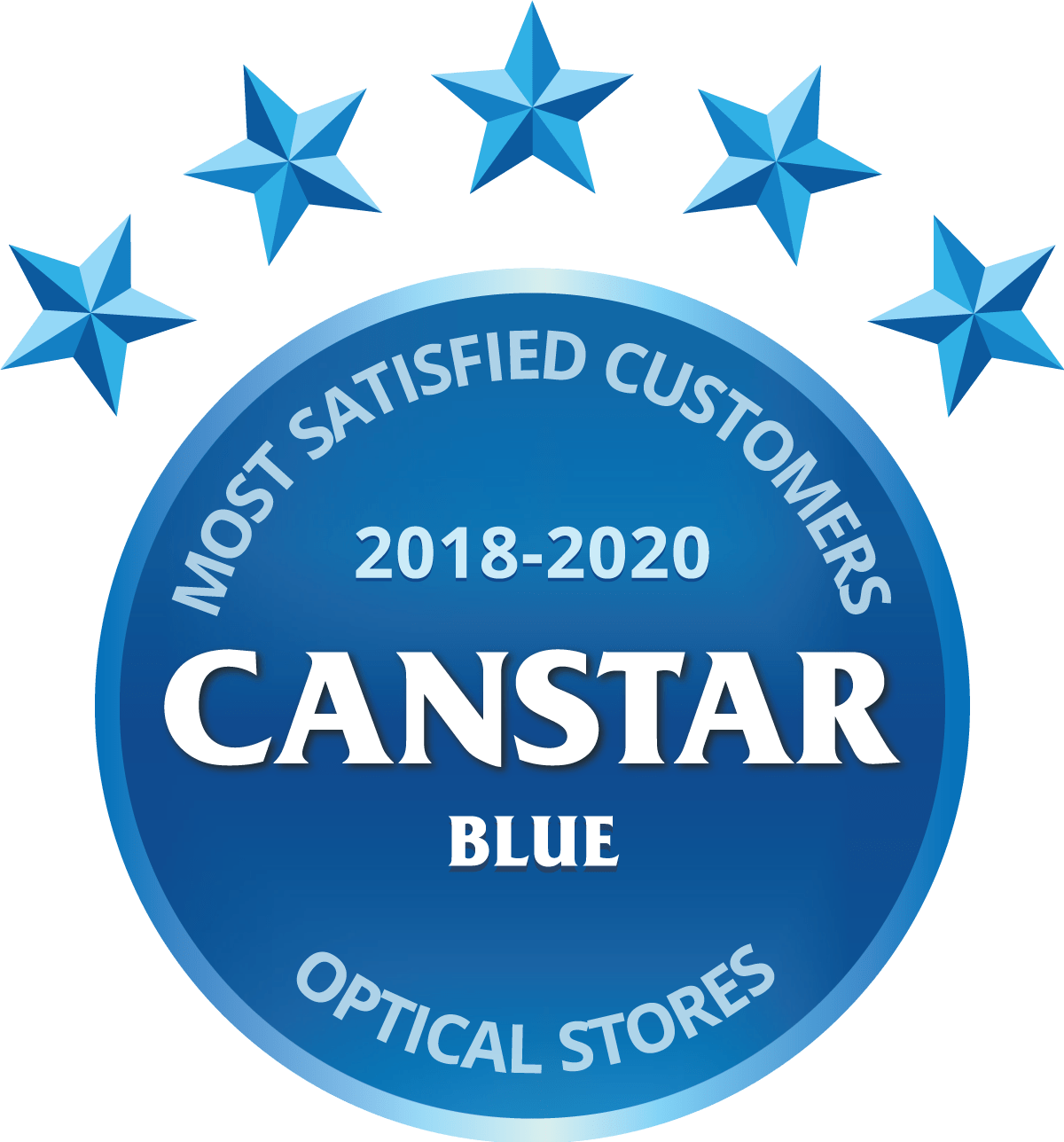 Medicare benefits are payable for most consultations. Some additional fees apply for services that are not yet covered by Medicare. Our staff will be pleased to explain these fees.

Spectacles and contact lenses are provided at no cost for patients covered by Veterans Affairs. Our staff will be pleased to advise you on your entitlement.

Our Burleigh practice is proud to accept all-optical health funds. If you are not sure if your health fund is applicable, please contact our Burleigh branch via telephone or in-person.

Sit down with our Burleigh optometrists in store and have a thorough consultation in under 45 minutes for a complete optical check-up. We can help you detect signs of eye problems for early elimination including:

With the best optometrists by your side, you can be sure of the highest quality in eye care and optical needs for your style and budget.

Where is Eyecare Plus Burleigh located?

How to best travel to Eyecare Plus Burleigh?

What is Eyecare Plus – Checkup Plus™?

Checkup Plus™ is more than just an eye test. Our optometrists take the time needed to give you a thorough eye examination. Following your Checkup Plus™ we will carefully explain the results and discuss our recommendations regarding any preventative or remedial care required.

How much does an eye test cost?

Medicare benefits are payable for most consultations. Some additional fees apply for services that are not yet covered by Medicare. Our staff will be pleased to explain these fees.

Do you provide eye tests for children?

1 in 5 Australian children have vision problems. We provide specialised eye tests to make sure that any vision problems are detected and any learning difficulties related to vision are corrected.

Do you provide benefits for veterans?

Spectacles and contact lenses are provided at no cost for patients covered by Veterans Affairs. Our staff will be pleased to advise you on your entitlement.

Do you provide benefits for people with disadvantages?

Often there are people with a need for spectacles but who are not able to afford the cost, or part of it. Some state governments provide limited assistance for people in need. Please talk to our staff and they will be pleased to explain the eligibility requirements and how to make an application.